Excellent free source to get attention to your case via SEO (Search Engine Optimized content) that often ranks on the top page of searches
no cost and offshore hosted to stop dishonest courts from extortion and removal of “freedom of speech” and the truth. 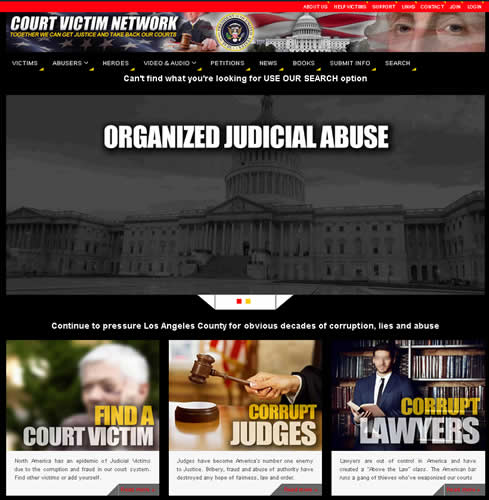 America has a corruption problem that starts at the American Bar. American’s are fooled via propaganda into believing they have rights, equality and freedom. Problem is if you try to use those promises you quickly find out they don’t exist. Every aspect of the media has been taken over and if your experiences or beliefs don’t go along with the government agenda their called fake news. The fact that a gang (American BAR) has manipulated and changed the so called justice system which should be based on rights, law, evidence, facts and witnesses statements into a profit system for BAR members. This is what happens when you let the criminals running things make the rules and laws. BAR members give themselves impunity and authority over rights and laws. Police never question a judge’s command because of the obviously biased relationship. Thus dishonest police rarely go to prison or receive fair punishment. The same can be said about judges who are allowed to retire or do a fraction of their prison time at a comfortable, plush federal prison. But worse the MAJORITY of thousands of judges never get any punishment and continue to abuse, steal and cheat the public out of justice.

HELP ADD TO AND SUPPORT THE NATIONAL COURT VICTIM DATABASE: Share with your Family, Friends and Anyone affected by Judicial Abuse
Tagged  Court Victim, CourtVictim.com.
Bookmark the permalink.